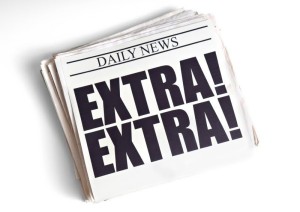 After being featured on the front page of the Chicago Daily Law Bulletin for our major victory on behalf of KinderCare Learning Centers, Inc. (“KinderCare”), Wentzel Law has received additional noteworthy media mentions.

On March 15, 2016, Wentzel Law was again featured on the front page of the Chicago Daily Law Bulletin after the Illinois Appellate Court awarded KinderCare an additional $22,864.49 in sanctions against attorney Dennis James Stolfo. This was the entire amount that Wentzel Law asked for in its motion for Rule 375 sanctions on appeal.

The result was also featured in the Labor and Employment issue of American Bar Association Journal news and the March 21, 2016 issue of the Cook County Record.