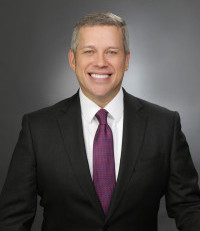 After working as a cook to pay for his education and graduating at the top of his law school class, Mr. Wentzel rose to become a full equity partner at McDermott Will & Emery, one of the most prestigious law firms in the world.  He accomplished this not by having friends in high places or being a member of the privileged class, but by getting extraordinary results. Time and again.

During his 27 years in practice, David has successfully tried cases to verdict in state and federal courts throughout the country.  Early in his career, David focused on the defense of catastrophic injury claims on behalf of one of the world’s largest manufacturers of heavy machinery.  David also developed a national litigation program for a leading manufacturer of child restraints and juvenile products, and first-chaired the defense of more than fifty wrongful death and catastrophic injury cases.  Additionally, David developed a network of many of the foremost engineering, medical, human factors, and warnings experts in the world.

After becoming a partner in the international law firm of McDermott, Will & Emery, David served as national coordinating counsel for two pharmaceutical companies in the Phen-Fen drug litigation.  David was responsible for retaining, directing and supervising a nationwide network of local counsel; developing the scientific, engineering and medical testimony needed to defend the claims nationally; and negotiating settlements with individual claimants.

Since leaving the big law firm to establish Wentzel Law in 2007, David has used his extensive experience in litigating complex personal injury cases for a more fulfilling purpose: obtaining justice and maximizing recovery for victims.  David knows the system, the jargon and the rules, and uses this knowledge to beat insurers and corporations at their game to get the maximum recovery for clients.

David also has extensive experience representing physicians, dentists and other professionals in a wide range of matters including contract disputes, employment agreements, non-competes and restrictive covenants, purchase and sale of business interests, STARK and anti-kickback analyses, licensing and disciplinary proceedings, and shareholder, partner and member rights.

Throughout his career, David has provided world-class representation to business owners and high-net-worth individuals and families.  His clients include European royalty, international investors, prominent Chicago families, famous rock stars, and mom-and-pop shop owners.  All of these clients came to David through word-of-mouth referrals, based on his sterling reputation and extraordinary track record for obtaining exceptional results.

David is a warrior for justice.  In 2002, David earned the Chicago Legal Clinic’s Pro Bono Lawyer of the Year award for his work on behalf of Alexis Perez, a Venezuelan immigrant whose application for a religious worker visa was wrongfully denied by the Immigration and Naturalization Service.  David successfully sued U.S. Attorney General John Ashcroft and the INS, obtaining a ground-breaking ruling from the federal court requiring the defendants to issue the visa to David’s client.  As a result, Mr. Perez and his wife and infant son were allowed to remain in the United States and build their life in this great land of opportunity.  A copy of the federal court’s decision can be viewed here.

Insurer’s Duty to Defend: Seventh Circuit Confirms Stringent Penalties published by the Chicago Bar Association in the February/March 2016 issue of the CBA Record.

David is the principal author of a book chapter entitled “Use of Jury Consultants,” published in West Group’s multi-volume series Successful Partnering Between Inside and Outside Counsel (2005).